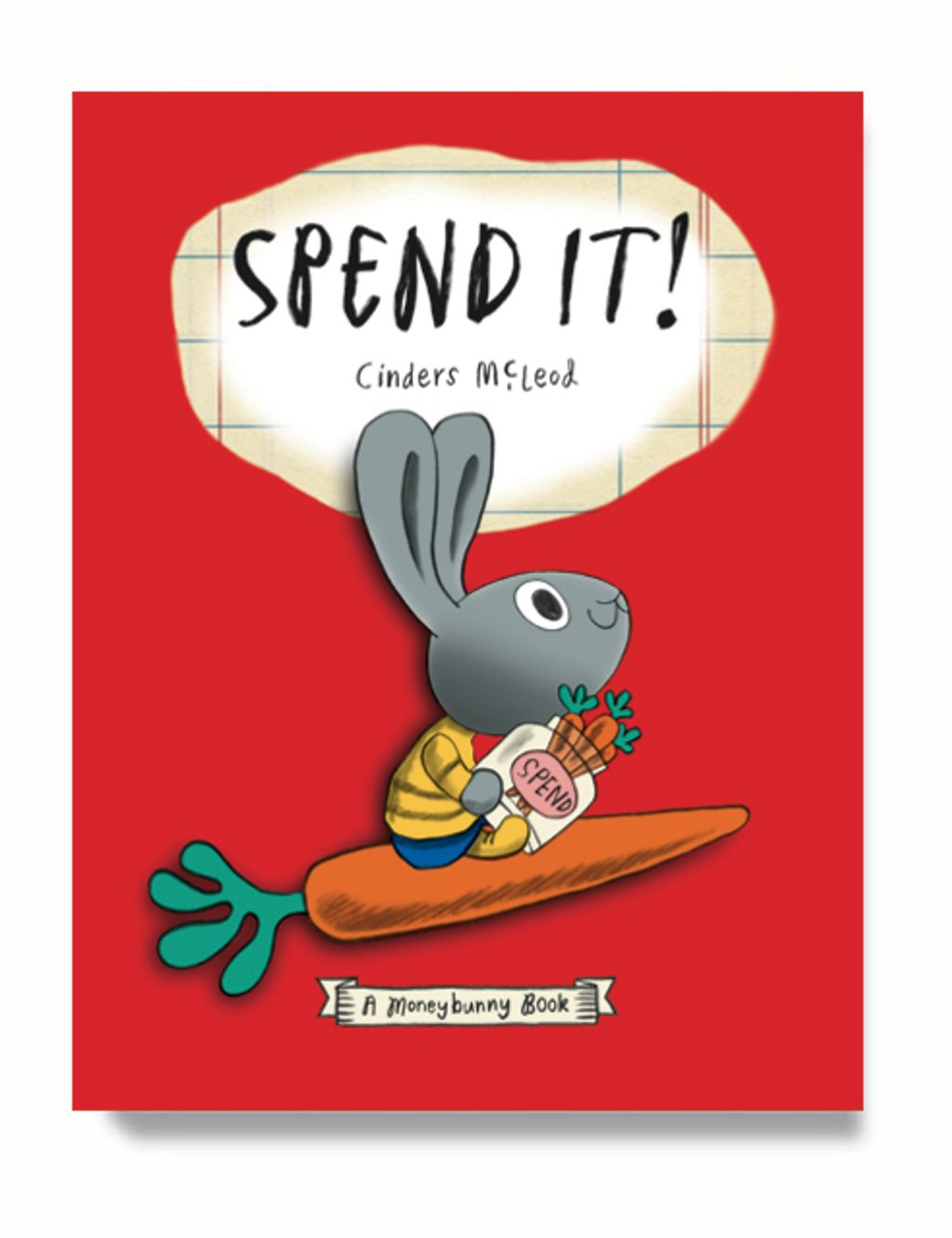 A Moneybunny Book: Spend It!

Sonny wants to buy EVERYTHING! Can he afford to? No!
Will he have to make choices? Yes!

It's never too early to teach your little bunny some simple facts about money!

Sonny just got his allowance - and now he wants to buy EVERTHING!

But three carrots won’t go that far, so his mom says he needs to make a choice

Having to choose doesn’t sound like fun, but after a little thinking and a little math, Sonny is excited to choose what’s really worth his carrots. And being smart about his spending
turns out to be a great feeling!

“An engaging picture book on basic financial literacy that specifically focuses on developing good habits, such as management, working hard, and responsible spending. . . . Also demonstrates some basic addition, subtraction, and multiplication, which educators and caregivers can build upon. With the charming cartoon designs, personable handwritten text, and relatable narrative keeping their attention, many children will find it easier to absorb this fundamental topic. An engaging addition for early grade classes learning the most basic aspects of financial literacy and responsibility. By far, one of the most age-appropriate books on this topic.”—School Library Journal

Cinders McLeod (cindersmcleod.com; moneybunnies.com) also wrote Spend It! and Earn It! and is the creator of the book and comic strip Broomie Law. Her illustrations have appeared in the Guardian, the Express, the Observer, the Independent on Sunday, the Glasgow Herald, Scotland on Sunday, the Globe and Mail, CBC, Macleans, and the Ottawa Citizen. Her work has been recognized by the Society of Newspaper Design, National Magazine Awards, National Newspaper Awards, Advertising and Design Club of Canada, Thames Television, and The Guinness Book of Records. Cinders is also a singer-songwriter-doublebassist, with a CD (Beyond our Means) on Billy Bragg's Utility Label. She lives in Toronto, Canada.